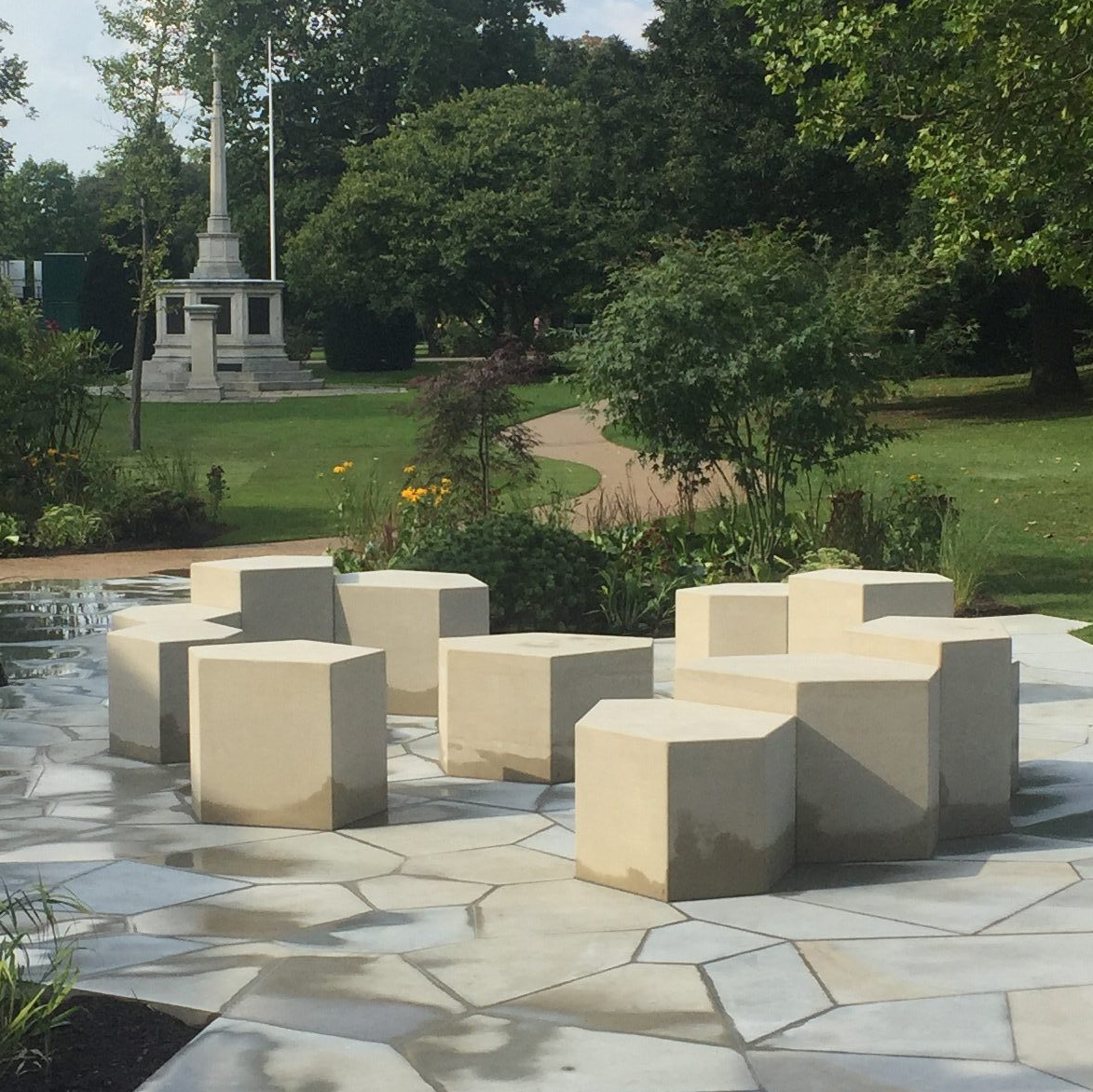 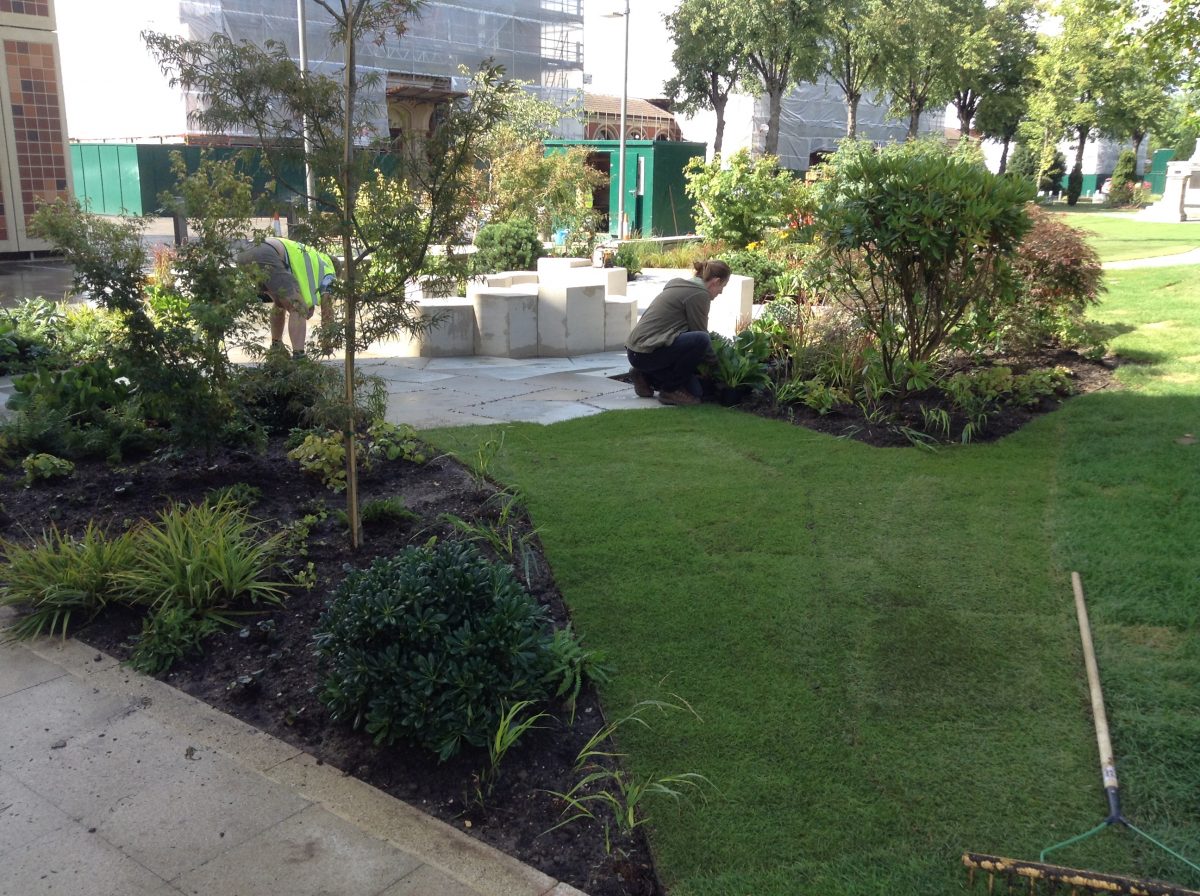 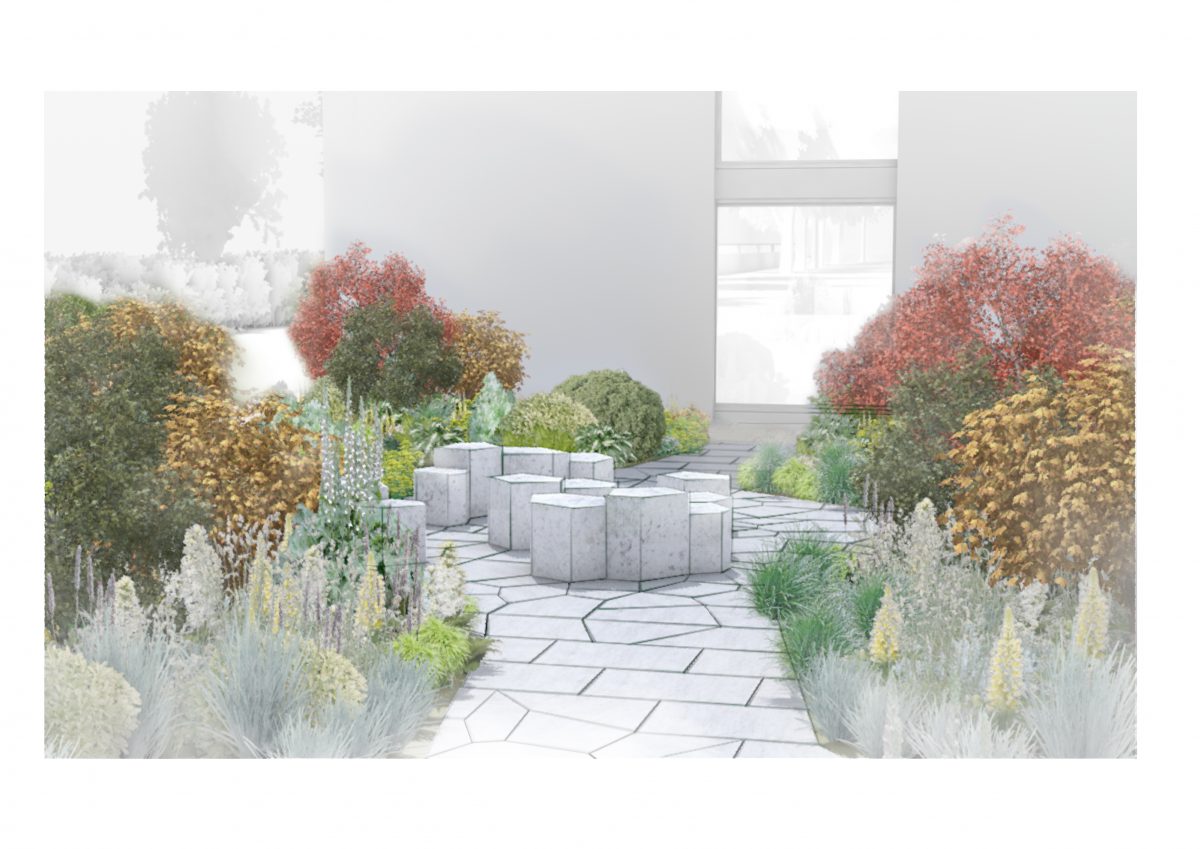 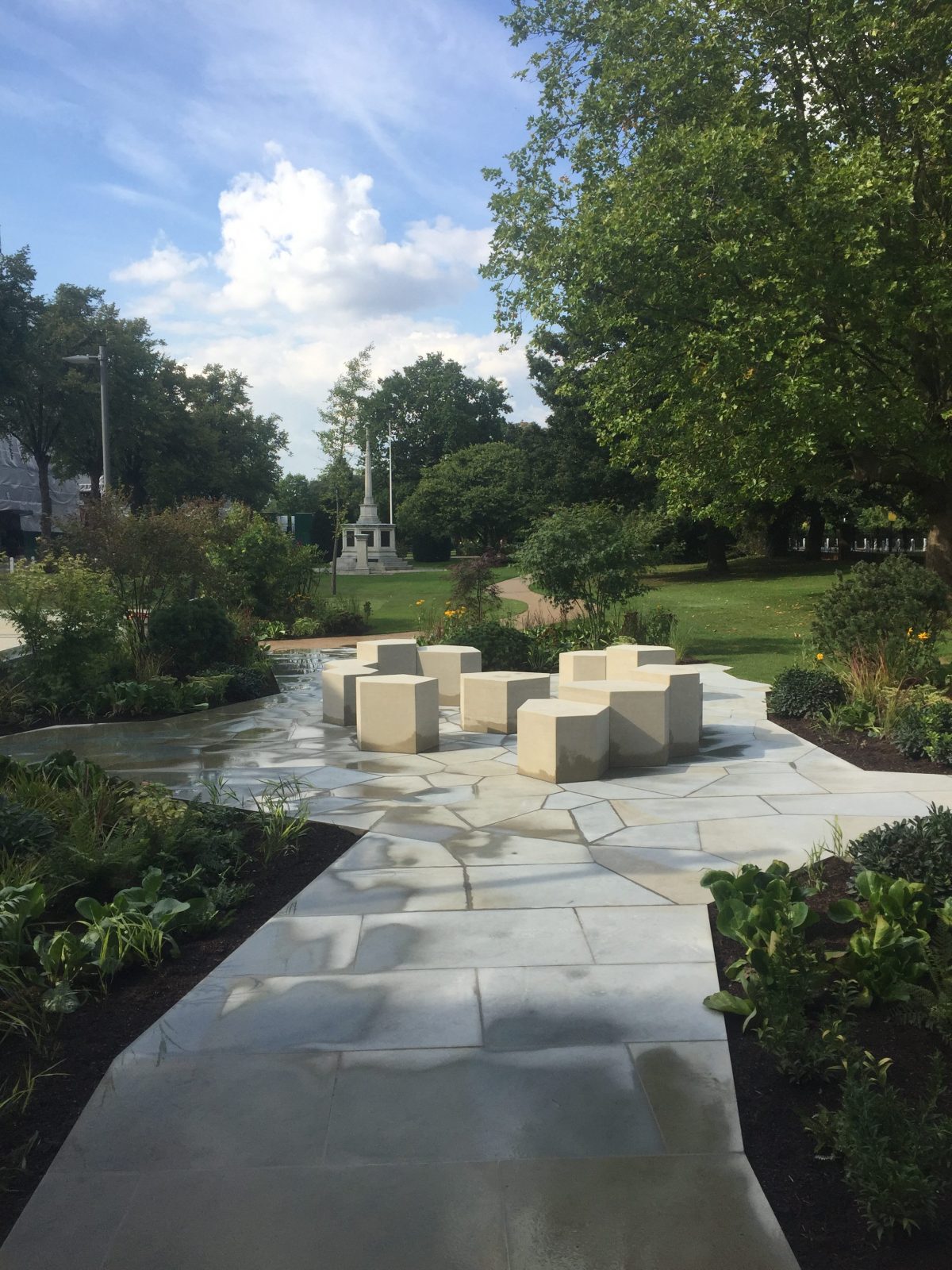 September 2017 – Dulwich College Memorial Garden is now installed, built, planted and being used!  Building started the day after the boys broke up for the summer and the diggers were literally being driven out of the front gate as the fresh faced new intake arrived for their induction day.  Nothing like a set dead line to keep the pressure up.

Dedicated to the wives of two Old Alleynians, the newly completed Memorial Garden is situated alongside the Grimshaw designed Laboratory building. The design of the garden continues the celebration of the relationship between the Sciences and the Arts which is embedded into the fabric of the Laboratory building in the form of the Peter Randall-Page cladding of terracotta tiles which are an interpretion the Lindenmayer system dragon curve fractal, replicating the algorithmic beauty of the natural order.

The garden is an exploration of Voronoi tessellation, which can be thought of as a geometrical tool used to understand the physical constraints binding the organisation of biological tissues, natural structures and geological forms (such as honeycombs, the giants causeway and the packing structure of corn) and is a physical representation of how human research is allowing us to understand these innate, natural geometric rules.

The Memorial Garden’s paving pulls away from the formal layout of the existing paving, disintegrating into a series of irregular, convex polygons, simulating the tensions within natural fragmentation patterns, irregular extrusions push out from these tessellating polygons to form seating.

The garden integrates the new science block into the heritage site and links the contemporary planting with the original Milner garden and the wider site. The plants and trees have been chosen to reflect both the terracotta cladding and the detailing of the nearby Barry building.

Built by Bowles and Wyer the finished garden is testimony to all involved;  The client, Dulwich College, who had the confidence to commission me to design a very contemporary design within a sensitive, historic site.  The contractor, Bowles and Wyer, who agreed to build the garden, the seating manufacturer, MasonCast, and not least the on site foreman who actually had to physically laid each and every one of the complex paving slabs.

As the designer I am in awe of the skills involved to bring a design to life and you only ever get one first major project completed and this is mine and so it will always be the one that will not be forgotten.