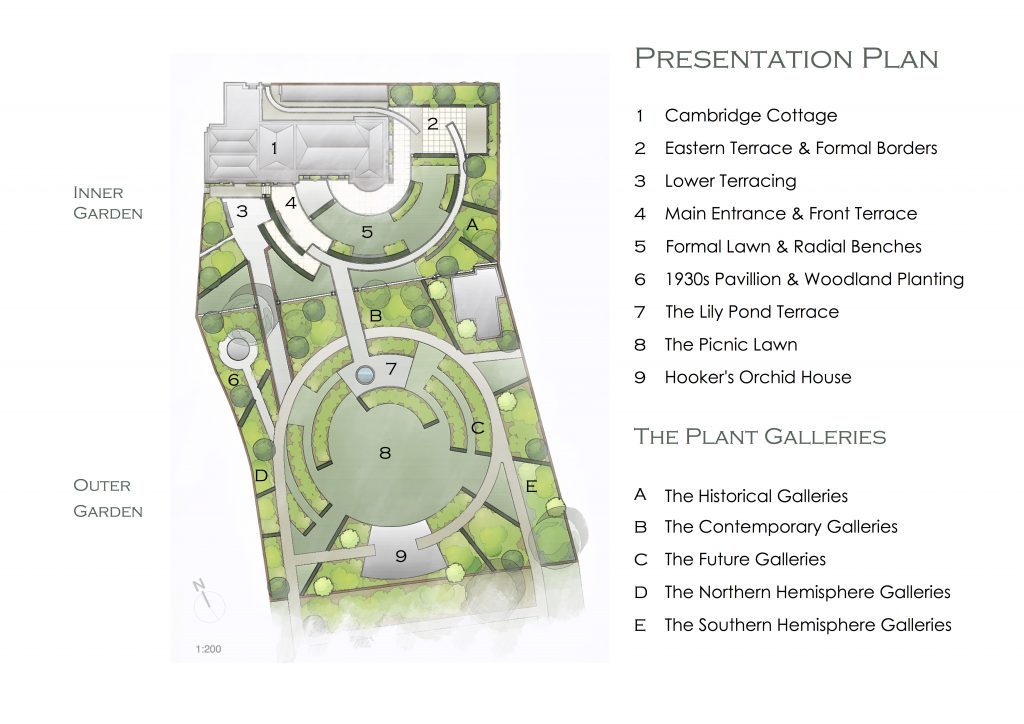 Instilling Pride in the Past, Present and Future of Kew Botanical Gardens.

Showcase Kew is my London College of Garden Design student project which has been shortlisted for the Society of Garden Designers Student Awards.  The project was to redesign the walled gardens associated with Cambridge Cottage, a grade II listed building and former royal residence, now part of Kew Gardens which is used both as a gallery and as a multi event venue, predominantly weddings.

My design reimagines the role of the walled gardens and dedicates the space to the telling of the story of Kew Gardens.  The new gardens celebrate the history of Kew, particularly emphasising the role of Joseph Hooker and his relationship with Charles Darwin and also provides living Plant Galleries which demonstrate the role that Kew plays today and the role Kew aims to fulfil in the future.

The original walled gardens are divided into two sections by a low white wall these are retained and the functional requirements of the brief are fulfilled within the Inner Gardens.  Inclusive access, wide sweeping terraces and formal lawns with seating.  The Outer Gardens are more open and are dedicated to deep planting areas which tell the story of Kew.

Original features, such as the lily pond and the 1930s pavilion are retained and the empty plinths which once held victorian cast stone urns are utilised as space for public artists to exhibit.

The overall winner of the student awards will be announced at the SGD awards ceremony in January alongside the main awards.